The OKM Rover C metal detector is the standard detector of the upscaled class of measuring instruments and it’s based on an electromagnetic pulse method which can be used to select anomalies in the target area.

The OKM Rover C metal detector is the standard detector of the upscaled class of measuring instruments and it’s based on an electromagnetic pulse method which can be used to select anomalies in the target area. Treasure hunting never was easier than with the 3d metal detector OKM Rover C. 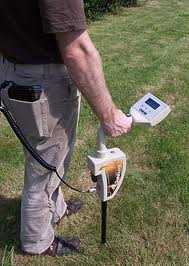 The OKM Rover C metal detector has been one of the first metal detecting instruments which was able to perform geophysical and archaeological investigations in high depths and create a three-dimensional graphical image of the underground and its included objects or voids. This multi-purpose metal detecting instrument is able to visualize buried objects under the ground, find metal artefacts like gold and silver, chests, vases as well as voids such as hidden rooms, graves or tunnel systems. The 3d metal detector Rover C is able to locate the following objects and structures: Metal objects like tanks, boxes and pipes Voids like grave chambers, caves, tunnels or tombs pottery, bricks, underground walls and ruins, buried foundations and other man-made rocks.

Because of its easy functionality and practicable handling the detector is specially adviced for all searchers who wants to start up with 3d metal detecting instruments and experience the new technology of 3d ground scanning in a simple way. You don’t have to be a professional to use this treasure hunting metal detector. The small and transportable form of the Rover C allows the usage of the ground scanner in different types of terrain. Because of the integrated microprocessor technology ground balance, depth modulation and data storage will be performed automatically by the detector main unit. 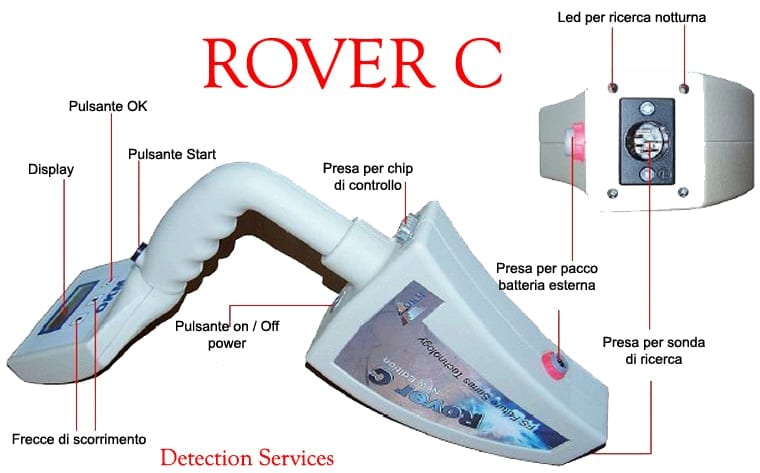 Now the OKM Rover C metal detector is delivered with a pre-configurated outdoor mini laptop, where the 3d metal detector software and bluetooth data transfer technology is already installed and configurated. No problematic installations and setups are necessary. You can start detecting in 3d right away.

The mini laptop with its small size and leight weight you can take anywhere you like. It is specially designed for outdoor activities, bumps and shocks are no longer issues. Measured data of the Future Series apparatus Rover C can be transfered to any computer or stored temporarily in the internal memory of the detector itself. After completing the measurement the recorded measured values can be analysed in a graphical representation of the 3D software Visualizer 3D.

This makes it possible to get exact information about the size and depth of buried materials. Precise object forms and structures are quite visible if enough measured values has been recorded. Rover C is used by metal detectorists all over the world and suitable for the following hunting tasks: 3d metal detection to find buried metals basic 3d cavity detection 3d ground mapping meteorite hunting treasure hunting The following features has been included in this 3d ground scanner: acoustical magnetometer to locate metallic objects under the ground visual 3d ground scanning automatic and manual impulse release direct data transfer via bluetooth to PC for real-time view 3d ground scan into internal memory graphical analysis on PC (measurement of position, size and depth of located items) Find out how deep other customers found buried objects and cavities under the surface with the technology of FS-Future Series!

Like all OKM metal detecting products, the OKM Rover C metal detector has been tested and certified by leading technical experts. It has proven its reliability and powerful performance on-site by many treasure discoveries and metal finds. Convince yourself during a visit in our factory (after appointment only). Try out and test this metal detector to decide if it fits to your metal detecting needs.

Available upgrades for Rover C Super Sensor: With the optional available Super Sensor the functionality of the Rover C can be improved. The depth performance will be increased compared to the standard probe. It allows 3d area scans with high resolution as well as discrimination between ferrous and non-ferrous metals. The following technical indications are medial values.
During operation small variations are quite possible.

There are no reviews yet.

Only logged in customers who have purchased this product may leave a review.